The quality of se 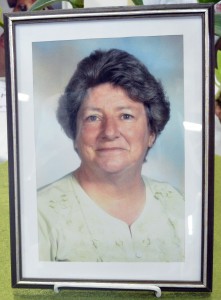 rvice Mrs. Melanie Tarn-Green has given to Campion College did not go un-noticed on Thursday, September 25, 2014. If anyone doubted her indelible contribution they need only to have seen the congregation who came to celebrate her life and service at the St. Peter and Paul Church. Mrs. Green was remembered as a woman of a cheerful disposition with a unique affection to all. Remembered also as Sister Melanie, Mrs. Green was spoken of by her colleagues and public admirers in their tributes which depicted her unflagging endeavours to improve Campion and Jamaica by extension. The congregation watched with pride while persons recounted her generosity and protective nature as the “bossy older sister”. Revealed in the short time allotted were her labours and aspirations. Mrs. Green’s preoccupation with the first formers, providing them with the opportunity to settle in spoke volumes. Her work on the micro level as an educator, a counsellor and a myriad of other uniforms made an impact on her target group. This was seen where numerous past-students, whom she touched and inspired, attended the liturgy to pay tribute.

The congregation was “bourne back ceaselessly to the past” by the celebration of colleagues and alumni who made it her point of duty to recognize Mrs. Green’s excellence in every aspects of life. Benches were parked and rightly so not because everyone in attendance had a connection with his phenomenal woman but because they had heard of her endeavours, her triumphs and her commitment to the Campion manta of “steadfast in faith and good works”.

I was in attendance and upon hearing of Sister Melanie’s character I knew that she was a person who was loved. No sooner had I entered the church than I heard the tales of her creativity and passion for creating beauty. I know how that Mrs. Green’s life was to be a challenge to humanity to aspire to be greater than we already are, like flowers, we should strive to bloom, if only just for an instant. Indeed the challenge remains for us to be perennial lights and like Mrs. Green, change the world for the better.

From the memorial liturgy if I were to summarize Mrs. Green in one word, it would be, without doubt, CALORIE, Mrs. Green will always be a true Campionite.

Written by Rojae Brown 6A