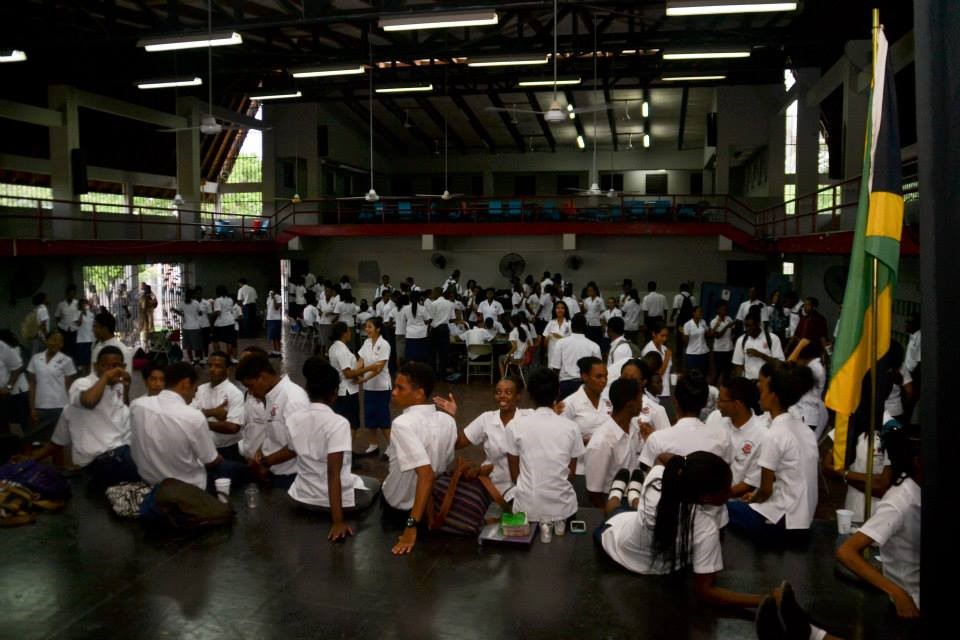 What do you get when you put a group of sixth form students in an auditorium with popular music and great food? A pretty darned good social, not even the weather could rain on our parade! 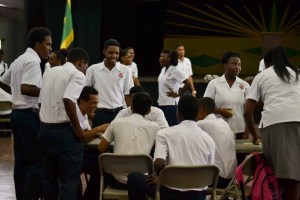 The widespread sentiment echoing throughout 6B on Wednesday was that the social was much more fun than they anticipated while 6A, having done it before, was relieved that this year was definitely better than the last one. The previous members of lower six felt like their 6B social was unentertaining; a few even confessed to having to resist the urge leaving early. This year featured much more participation from both groups which downright prevented last year’s opinions from resurfacing.

With some excellent song choices from the DJ, the lines between 6A and 6B were immediately blurred and suddenly everyone was a dancer. The usual vybz masters – Shaieem, Henel, Mariah and Naomi – immediately took center stage and present members of dance society staged an impromptu performance whenever they heard a familiar track. However, they were all schooled by a particular member of staff, a.k.a. ‘Naddie’, who rushed to deliver an unforgettable performance upon hearing the song “Slim versus Fluffy.”

Although the primary goal of having 6A and 6B mix and mingle was not fully realized – because most persons opted to stick with their usual cliques – the fun factor was undoubtedly ‘turnt up!’ So much so that some inquisitive members of the lower school couldn’t help huddling by the entrance to stare inside, rapt in awe and green with envy.  The as

sociation wisely chose timeless games like dominoes and musical chairs as the highlights of the event and we would have commended their planning IF they hadn’t robbed 6B of the musical chairs victory.

The issue of food scarcity that usually plagues the social was avoided this year. Ordinarily, persons would be forced to share even their last half chip since the food was scarcer than the attendees…but, this time around, some persons only got half a chip because the food was just THAT good.

All in all, everyone present (even the onlookers sheltering from the pouring rain) had a great time.

Written by Kevion Daley 6B